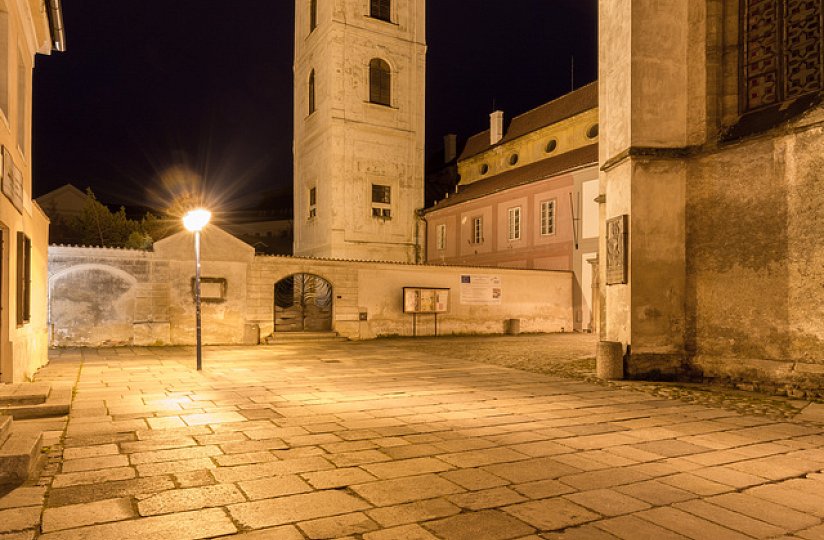 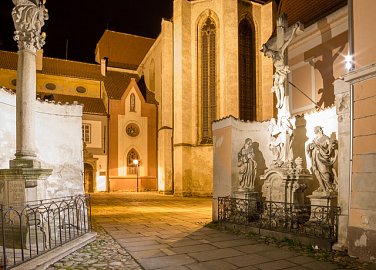 Piarist Square in the western part of České Budějovice, defined by Česká and Hroznová streets, is named for the Piarist Order, which moved into the Dominican monastery in 1785. That said, exceptional prehistoric finds have documented settlement in the area as early as in the Late Bronze Age, about 1300-1000 BC.

In the 13th century, shortly after the founding of the town, a cemetery was established on the site of today’s Piarist Square. In 1740, the cemetery was decorated with the Holy Trinity Column by J. Dietrich. However, the second half of the 18th century saw the first modifications related to the cancellation of the cemetery. The column was moved to the new entrance gate off Česká Street, opposite the Calvary sculptural group created in 1731 by J. Dietrich. The area of the cancelled cemetery was gradually turned into a marketplace. The square was given a new pavement in 1995. The design symbolizes the original purpose of the square as a cemetery. In addition to the central cross set in the pavement, it is evoked by symbolic tombstones accompanied with a rosary theme.