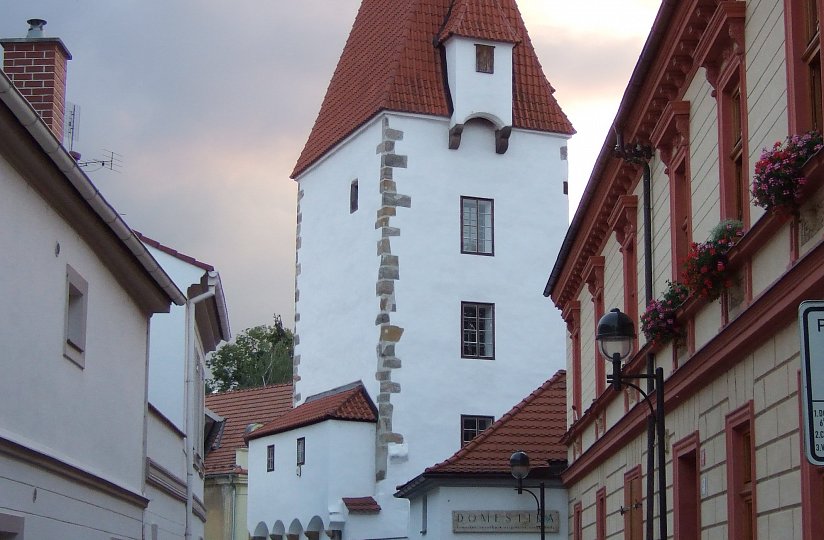 The 14th-century Rabenštejn Tower is one of the oldest heritage sites in České Budějovice. This four-story, rectangular old lady is one of two existing fortification towers, once part of the city walls. However, it has been close to destruction several times. Nevertheless, it has evaded the fate of the other fortification towers, which have had to make way for commercial development. It is probably named for Wolfgang Rabenstein, a monk from the Dominican monastery. However, it is unlikely that he would have owned it, lived in it or contributed money to its construction.

From the very beginning it was used as a refuge for town defenders. It covered the area outside the main fortifications with fire, and gunpowder and guns were stored in it after the spread of firearms. It was used as a prison until the early 19th century. Convicts were imprisoned in the upper stories for less serious offences such as debt, libel, disorderly conduct, and the sale of poor-quality wine. There was a prison cell in the tower for more serious cases. It had no windows, and food was lowered through a hole from the upper floor. At that time, the tower was also used for ordered checkups of prostitutes. The municipal physician called here twice a week. At present, the tower houses an exhibit of historic weapons.