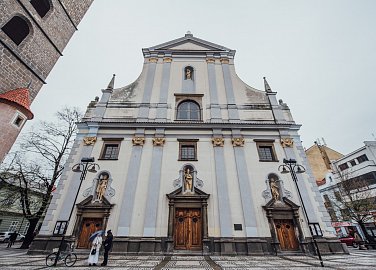 A TOP trip - a recommended sight-seeing trip in České Budějovice

Tours of the town are provided by the Tourist Information Centre and are on request. They are primarily oriented to organized groups of people (the price is valid for groups from 1 to 45 people). The tours are carried out in the exteriors of the city and the price does not include any entrances to the buildings.

Want to see the sights in České Budějovice? Follow our lead and maybe you will not get lost...

The greatest gem of České Budějovice is undoubtedly its historic city center with numerous valuable religious and secular buildings. It contains Gothic, Renaissance and, above all, Baroque townhouses and uniquely well-preserved arcades. Its heart is Přemysl Otakar II Square, which ranks among the most beautiful, and its size of 1 hectare makes it one of the largest in the Czech Republic. That is where the sightseeing tour starts. Just look around and already you have lots of options where to go. Your eyes will certainly fall on the fountain that dominates the square. It is Samson Fountain, whose center supports a prismatic pedestal with gargoyles, on which stand four Atlases holding up a round shell with a sculpture of Samson on a lion. On the way to Samson Fountain you may trip on a rock. It is no ordinary rock. It is the legendary Lost Rock , marking the spot where plotters accused of having murdered the Lord Mayor were once executed. But make sure you do not step over it after ten in the evening, because legend says if you do, you will wander the city streets until morning, never finding your way back home. If you like art, drop in to see the Art House – an art gallery focusing on contemporary art and architecture. It is located in one of the buildings lining the square. You will surely not miss the city’s famous symbol – the Black Tower. Walk up to the Cathedral of St Nicholas, negotiate the 225 steep steps and enjoy the unique view of the city and the surrounding hills from above.

From the tower, continue down Hroznová Street to Masné krámy, a Renaissance building formerly featuring butchers’ shops. Today, it is a renowned restaurant of the same name. The corner of Hroznová and Krajinská showcases more historic houses, such as the Zátka House from the 16th century.

Follow Hroznová Street onward to Piaristické square, which boasts such architectural gems as the Church of the Presentation of the Blessed Virgin Mary built in 1265. On the outside, you can spot a frog climbing the church wall. They say the end of the world will come when it reaches the roof. Don’t you think it’s too high up already? The church is linked via a recently renovated Gothic ambulatory with the Dominican monastery. Another major heritage site is the former municipal armory, also used as a granary and a salt store. The three stone faces looking at you from the gable belonged to thieves who were caught robbing the Church of the Presentation of the Blessed Virgin Mary and then beheaded. At least that is the legend.

From Piarist Square, head into Česká street, but first look around for the stone skull and stick your fingers in its eye sockets. They say it brings good luck. Continue down Česká Street, turn left at its end, and you have hit the Rabenštejn Tower, part of the former city fortifications. From the tower, follow Panská Street past the renovated Front and Rear Mills to the bank of the Malše Canal. Across the river you can see Sokolský Island with a Sokol gym, swimming bath and other opportunities for relaxation and sports.

Follow the Malše Canal past a segment of preserved city fortifications, and a short walk will take you to the fortification tower known as the Iron Maiden. It is named after a legend about a torture chamber in the tower, containing a torture instrument reminiscent of a maiden’s embrace. Next to the tower is an iron bridge, from which you can see the confluence of the Malše and the Vltava, and on the left the Háječek Park with the observatory and planetarium building. Across the bridge, on Zátkovo embankment, rises the building of the Palace of Justice and two significant statues: St John of Nepomuk and the city’s patron saint, Blessed Virgin Mary of Budějovice. From the bridge, follow Biskupská Street, which includes the Bishop’s Residence – the seat of the bishop and the České Budějovice Diocese, and a few more meters will take you back to the famous main square. 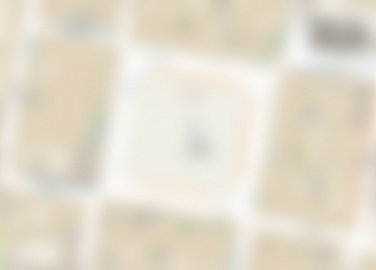 Tips along the way

Recommend this sight-seeing trip to friends